Manhattan An Island In Focus, Signed by Jake Rajs, Published by Rizzoli

Manhattan An Island In Focus

New York has never been more dramatic, romantic, magical, or dazzling than in these 198 color photographs by Jake Rajs, who has captured the city in every mood and in every neighborhood, from the Statue of Liberty to the George Washington Bridge, from the East River to the Hudson.

In a collection of stunning images taken over the course of a decade, Rajs shares a fascination with the city that has earned him praise from Manhattanites and lovers of photography alike. New York Magazine called him one of New York's best photographers, and Modern Photography described his work as "spectacular."

Rajs came to New York from Poland as an eight-year-old in 1960. After a career in painting and sculpture, he transferred his talents to photography, a medium well suited to his exuberant personality. He has photographed locations all over the United States, but his special fondness for New York and confessed attachment to the harbor and the Statue of Liberty give his treatment of the city a special relevance and vitality.

Rajs has the ability to see the familiar in a new light, to capture well-known landmark buildings-- the Empire State and Chrysler towers, the World Trade Center, Rockefeller Center, the Brooklyn Bridge-- from a previously unexplored angle, as well as to seek out views that have gone unrecorded by others. The occasional device-- capturing the spiral of the Guggenheim Museum and its mirror image in the polished roof of a car, a double exposure with the moon trapped between skyscrapers-- gives his work an inventive dimension beyond mere reportage. 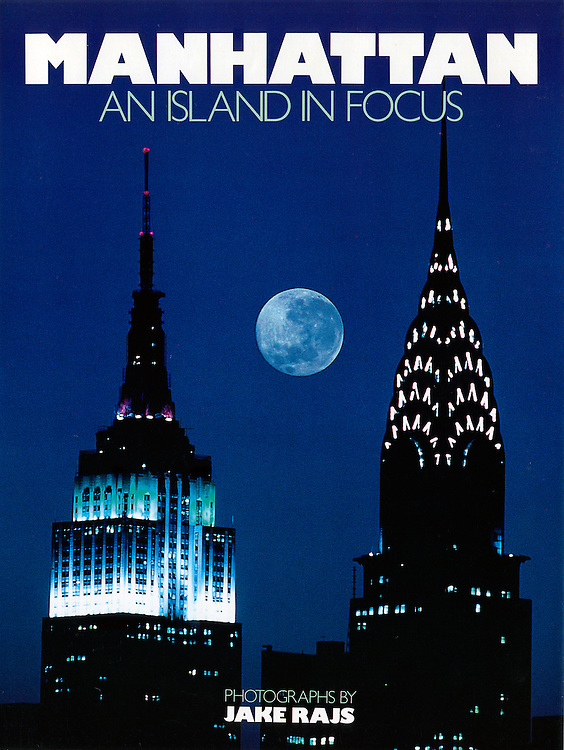